Another Monday, another new release! On the docket this time are two big new features: track metadata and playback control for supported sources.

Track metadata includes things like the title, artist, and album art -- all the usual suspects.

On the remote control front, you can skip to the next or previous track, and play/pause the audio. 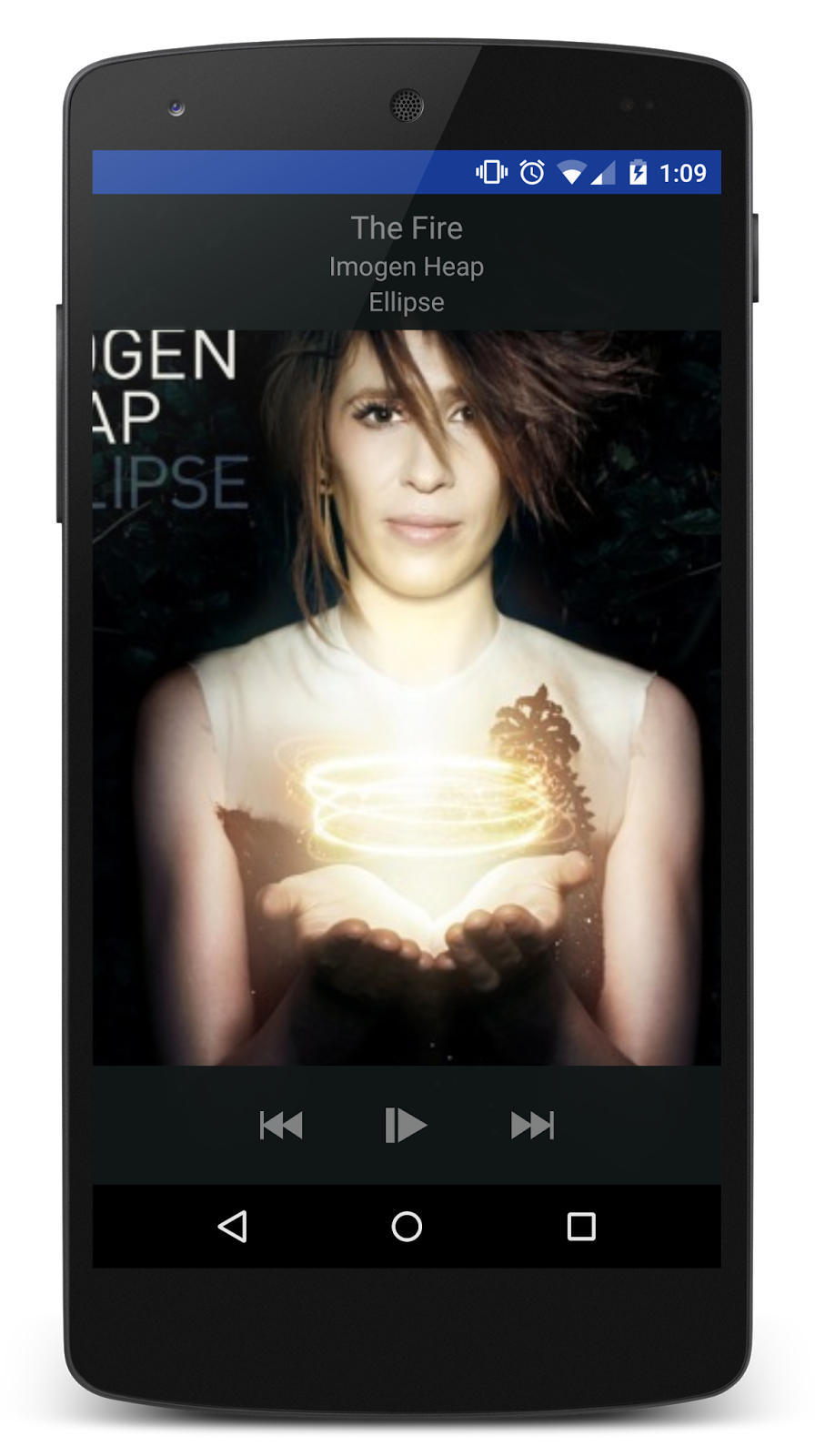 All of this works only if you're connected to a source that Airfoil supports for metadata and remote control; supported Windows sources can be found here, and MacOS ones can be found here. If the current source is supported, you'll see a panel with the track info and remote controls spring into action at the bottom of the screen. Swipe up on the panel to get an expanded view, if gigantic album art splash-screens are your thing.

For unsupported sources, sadly, the panel goes back into hiding and we have six more weeks of Winter. Sorry about that.

So give it a shot with your favorite (supported!) sources.

Well, here I've gone and spoiled the surprise in the title. But it's true: With the latest version of Airfoil Commander for Android, you can now switch the audio source that Airfoil for Windows or Mac is capturing. No more running back to the computer every time you want to switch from iTunes to Spotify! Or back again! Honestly, this would all be so much simpler if you'd just make up your mind. That said, I can't stay mad at you.

To access the list of sources, either swipe in from the left side of the screen, or tap the app icon/title at the top left.

My goodness, an update! The basic news is that a new version of Airfoil Commander has been pushed out to the Play Store. Going from v1.1 to v1.2 doesn't sound like much, but oh so much excitement is hidden behind that decimal point!

First, we must start on a somber note -- Airfoil Commander Server is no more. It had a good run and I'm sure we'll all miss it, but it's gone for a truly excellent reason: As of Airfoil for Windows v3.6, it's no longer needed! The Airfoil Commander Android app is now able to speak to Airfoil directly. So, feel free to uninstall Airfoil Commander Server, it's not doing anything anymore -- of course, you're welcome to leave it installed if you like to see the soothing blue icon in your system tray, silently sucking away resources. We're not big on judgments here.

To reiterate, because it's rather important: Airfoil for Windows v3.6 (or later) is required for Airfoil Commander to function after this update! The bold letters mean I'm super serious, so please be sure to upgrade to that version if you haven't already.

A big hearty "thank you!" goes out to the good folks at Rogue Amoeba for their hard work making the protocol changes that allowed the above two items to happen.

And finally, there's the usual round of bug squashing and stability improving that accompanies every single update to every Android app ever. Seriously, when was the last time you looked at the details for an app update and didn't see "bugfixes and stability improvements" tacked onto the end? Airfoil Commander is proud to be absolutely no different in that regard.